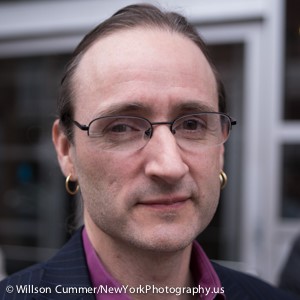 Tom Keck is the Michael O. Sawyer Chair of Constitutional Law and Politics and Professor of Political Science at Syracuse University‘s Maxwell School of Citizenship and Public Affairs. He is also a Research Affiliate at the Centre on Law & Social Transformation, a joint initiative of the University of Bergen and the Christian Michelsen Institute. He is the author of Judicial Politics in Polarized Times and The Most Activist Supreme Court in History, as well as articles in the American Political Science Review, Constitutional Studies, Law and Society Review, and Law and Social Inquiry. He is currently leading a large-scale, collaborative project, funded by Carnegie and the U.S. National Science Foundation, on the political beneficiaries of free expression jurisprudence worldwide.

Professor Keck received his B.A. in Politics from Oberlin College, and his M.A. and Ph.D. in Political Science from Rutgers University. As holder of the Sawyer Chair since 2009, he directs the Sawyer Law and Politics Program (SLAPP), an interdisciplinary initiative devoted to advancing teaching and research in the field of law and politics. SLAPP hosts a regular seminar series in which leading law-and-politics experts from around the country present their current research, and it also provides funding for doctoral students in the Maxwell School’s political science program who are pursuing law-and-politics research of their own. Prospective graduate students in the field should contact him for further information.